Lorie Caval is a New York City-based writer, visual artist and organizer. Lorie is a painter, working primarily in oil, and recently began exploring multi-media and social practice/engagement art. Her work explores the intersections between spirituality, personal power, dreaming and identity. She is a writer (currently blogging on her Travesía Artística [Artistic Voyage]) blog. She is a long-time student of capoeira (an Afro-Brazilian martial art, incorporating movement and music). Drawing on her own experience as a multidisciplinary artist of a multicultural background, she is especially interested in cultivating connections and environments where art, expression and social exchange take place to create new dialogues and opportunities for fostering cultural equity. She is a founding member on the Steering Committee for an arts collective, Queens Creative Solidarity (QCS), which aims to support creative communities and cultural practices in NYC’s most culturally diverse borough.

Lorie is a recent graduate of the Weissman School of Arts and Sciences Arts Administration MA program at Baruch College in New York City. She has a BA from Hunter College where she studied English (Literatures, Language, Criticism) and Art History. She is an alum of the Innovative Cultural Advocacy Fellowship (2016); a leadership training program with an emphasis on the advancement of cultural equity and social justice through the arts, created by Caribbean Cultural Center African Diaspora Institute (CCCADI). She also received a professional certificate in Community Arts and Cultural Equity through the program “Community Arts University Without Walls” (CAUWW) at Interamerican University in Puerto Rico (2015), through CCCADI.

Lorie’s personal history in arts and outreach dates back to high school when she won awards in Multicultural Understanding and interned at Abron’s Art Center gallery at Henry Street Settlement. Her interest in nightlife was piqued as a regular at New York’s legendary nightclubs including the Limelight, Red Zone, Mars and the Palladium. She would start to meld her love of art, music and social dance by producing and curating her own “Arty Parties” at the age of 19. She started her writing career in the offices of Paper Magazine as a nightlife columnist and nightclub reporter.Lorie was the Managing Editor for Mia (a ground-breaking independent magazine for generation X/Y Latinos) Associate Editor for Next Magazine (a widely-read weekly LGBTQ magazine) and freelance writer for various arts and music publications such as Black Book, One World and the Source. Lorie co-founded Pro Deuce Entertainment; conceptualizing, producing and publicizing underground nightclub events across North America which were regularly written about in publications such as ID Magazine, New York Magazine, Time Out New York and DJ Times. Her most notable event was Bang the Party, an event focused on underground House music, art, and dancing that ran on a weekly basis for over six years (1997-2003) and spawned projects like the compilation “Bang the Party Vol. 1,” a documentary about Bang the Party (featured at the Big Mini DV Festival in 2010). Additionally, Lorie is a poet/songwriter, credits including the single, “I Am the Road” with E-Man and Markus Enochson (Masters at Work Records) and her own spoken-word releases on Liberate Recordings. In 2016, “I am the Road” was used by choreographer Kyle “Just Sole” Clark as the namesake for a piece created for the Ailey II dance company, premiering in NYC and subsequently going on a world-tour.

As a visual artist, Lorie’s paintings have been included in a number of exhibitions, including: the Bronx Academy of Art and Dance (BAAD) annual BAAD-Ass Women Festival (2005); the “Soulful Arts Collective” at the Living Gallery (2015); as a participating artist in Occupy Museums “Debtfair” installation at the Whitney Biennial (2017); and in the Onward! booth exhibit at the Outsider Art Fair (2018). Lorie’s collaborative multi-media project, “Mashups” with photographer Muema, was exhibited at “The B-Sides” exhibit at Aljira Center for Contemporary Art (November 2008), written about in the New York Times. 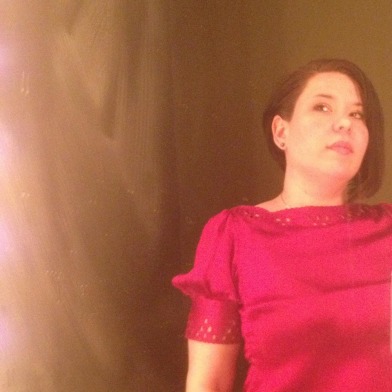